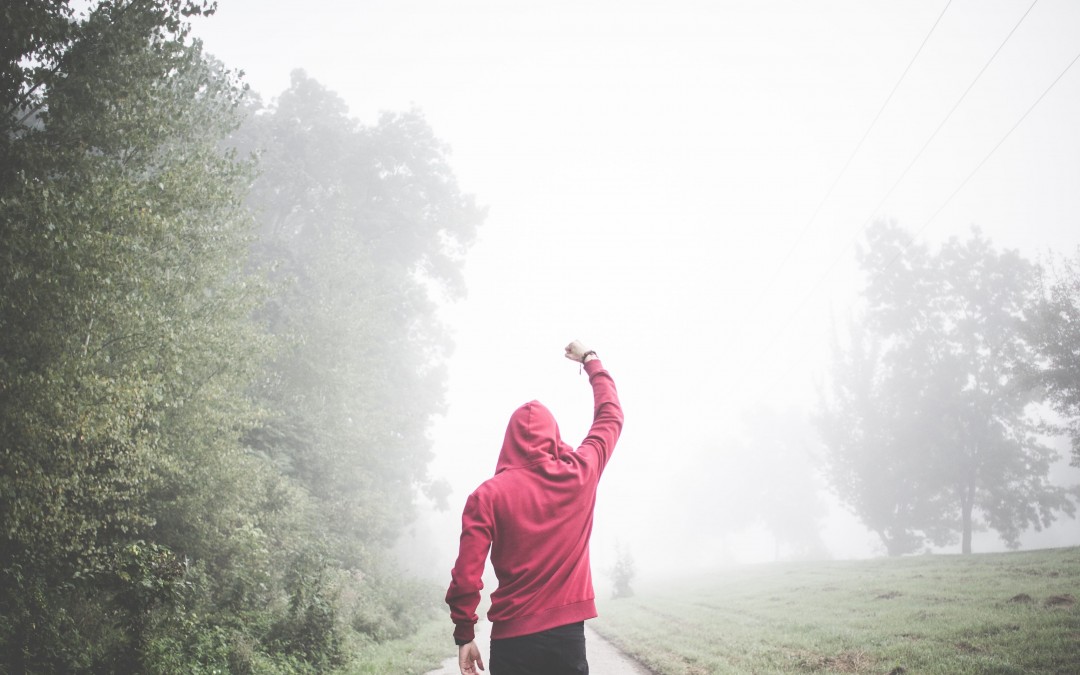 Every day, tons of newbie non-native English freelance writers give up on their dream careers because of negative thoughts holding them back – such as, “my English sucks,” I’m not good enough,” and “why would they hire me instead of a native speaker?”

Finding inspirational success stories to push yourself and raise your standards in any career you’re pursuing has never been easier.

The non-native English freelance writers I have listed below have chosen to step out of their comfort zones and follow their passions, rather than complain and make up excuses for their lack of success.

When I was conducting research for my latest post on WriteWorldwide about improving your writing as a non-native English writer, I accidentally stumbled upon one of Luana’s posts.

Her name was familiar to me, as she has interacted with several WriteWorldwide Twitter posts.

Thereafter, I found out that Luana is Italian — Yay! Here is another ESL writer crushing it.

Despite having challenging health conditions, Luana is a highly successful freelance writer.

She started writing for Italian websites in 2008 then switched to the English market in 2011. As a full-time freelance writer, she normally writes 4,000-5,000 words weekly, divided between client work and personal projects.

Arindam Dasgupta — the second most interesting man in the world, after Jonathan Goldsmith.

I met him in a writer’s group after noticing his informative comments and posts, and his witty personality.

Jokes apart, Arindam started his freelance writing career in 2012, after landing a client via LinkedIn.

His first client was impressed by one of his blog posts on his blog, kapush.org, he created to support animal welfare movements.

Thereafter, Arindam kept working with clients online with the goal of supporting his self-funded stray animal shelter in India.

Bamidele is the CEO and Founder of WritersInCharge (previously YoungPrePro.) He is the man behind the success of hundreds of freelance writers (including the WriteWorldwide team) – especially non-native English freelance writers.

This relatively small success was the spark that ignited a long-term freelance writing career for Bamidele, especially as it was more lucrative than he expected.

Today, he dedicates his time mainly to client work, his websites – Effective Business Ideas and WritersInCharge – , and his fish farm in Nigeria.

Katarina is a freelance writer from Serbia. A year and a half ago, right after leaving the corporate world, she decided to kick-start a home-based writing career, no matter how risky it sounded at the time.
Combining IT, business education and a passion for writing, she offers clients various services such as creating content strategies, writing technical documentation, and article writing.
She started with an often unpopular platform among freelance writers; UpWork. Although, her profile quickly grew enough that she could stop bidding, receiving enough work from clients who now find her through either UpWork or LinkedIn.

Mridu is an award-winning freelance journalist and author based in London and New Delhi. She has been featured in TIME Magazine, ABC News, The New York Times and CNN.

In 2008, Mridu wanted to break into the journalism sphere very badly. After getting two stories assigned and killed by TIME Magazine, she didn’t give up — until TIME’s editor wrote back to her, “We’ll pay $1 a word. Is that okay with you?”

In addition to her bravery and motivation, Mridu is a very skilled writer. The way she brings flavour to words was the secret behind her success as a freelancer.

Currently, she helps freelance writers realise their writing endeavours at The International Freelancer.

Syed is a freelance writer based in Pakistan. Since 2010, he has been penning high-quality content for a wide range of clients in topics ranging from business to human resource management.

He has been featured in top-notch websites such as Entrepreneur Magazine and Mind Body Green.

Parth is a freelance writer based in India. He has been featured in top publications such as SitePoint and Entrepreneur.

Like many freelance writers, Parth didn’t stick to a particular niche. He chose to write about a wide range of topics such as renewable energy, VR, visa guides, and Forex.

He has been freelance writing on and off since 2009 with his day job as a marketing executive, before he went all-in on working online in 2013.

Walter is the Founder of FreelancerKenya and a freelance writer based in Kenya.

Since he started freelancing in 2011, Walter kept discovering new methods and techniques to find, land, and deal with his clients.

As one of the number one non-native English influencers in the freelancing world, Walter helps aspiring freelancers and digital entrepreneurs succeed via his website, Freelancer Kenya.

Obviously, the secret behind Emenike’s success as a non-native English freelance writer was his solid motivation towards his work.

“I don’t just want to exist in the world, I want to contribute to it”,  said Emenike in his recent interview with WriteWorldwide.

At a remarkably young age, Emenike is making a solid income as a freelance writer by attracting clients via Twitter.

In addition to being an avid reader of WriteWorldwide, he is the CEO and Founder of Entrepreneur Business Blog – a quality resource for digital entrepreneurs.

Karol is a Polish writer and author who has been featured on Lifehack, ProBlogger, QuickSprout, and About.com. He writes about trending topics such as design, freelancing, writing, business, and WordPress.

Karol is also the Founder of New Internet Order, a blog where he shares marketing and entrepreneurship tips.

Schuchi is an Indian freelance writer and editor.

She is the Founder and Director of Pixie Dust Writing Studio — a website where she offers her editing and writing services to clients.

Schuchi has been working online since 2005. She has had her work published in publications such as Femina, Home Review, and Parent & Child.

Alex is a freelance writer from Bolivia. He is the business partner of the famous bilingual writer, Randy B. Hecht.

Along with Randy, Alex works at Aphra Communications to connect South and North American businesses with Spanish and English writing services.

Michael is a well-experienced freelance writer from Nigeria. He runs Content Marketing Up to fulfill businesses’ content needs.

Michael’s work has been published on websites such as Mashable, USA Today, The New York Times, and The Huffington Post.

Are you still unmotivated to send those 100 pitches, write those guest posts, or e-mail those prospects?

What’s the next step you’re going to take to ‘reserve your spot’ on this list of top non-native English freelance writers? Share in the comments below.