Should You Cold Pitch More Than One Person In a Company? 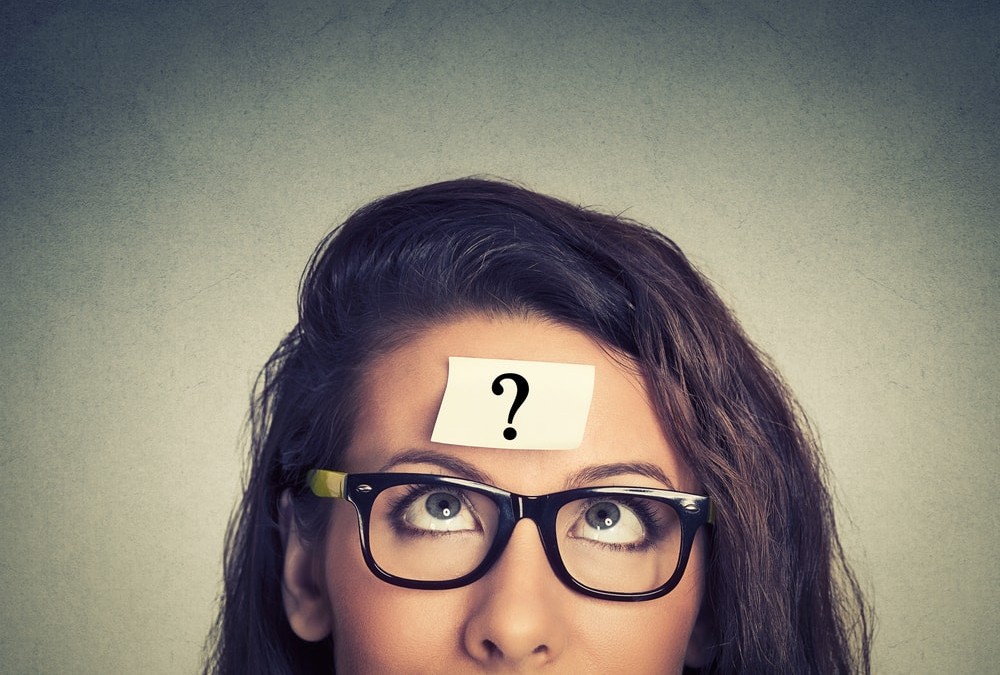 You’ve found a company that you want to work for, pitched someone in the marketing department, followed up at least three times and all you hear is crickets. What do you do next? Do you just take it as a sign that it wasn’t meant to be – and move on – or do you cold pitch someone else in the company?

Most times you should move on because there’s plenty of prospects out there that will reply and your time’s better spent focusing on them.

But occasionally, you can try your luck cold-pitching someone else in the organisation. This sometimes works, especially if the person you pitched was the wrong person, doesn’t care about content marketing or is too busy to respond.

That’s precisely what I did: after a failed first pitch and several follow-ups, my gut told me to target someone else in the company. Here’s the entire exchange: the first pitch, final follow-up, and email to another decision maker.

My First Pitch (That Failed)

I pitched the marketing director of the company on the 23rd of August 2017: 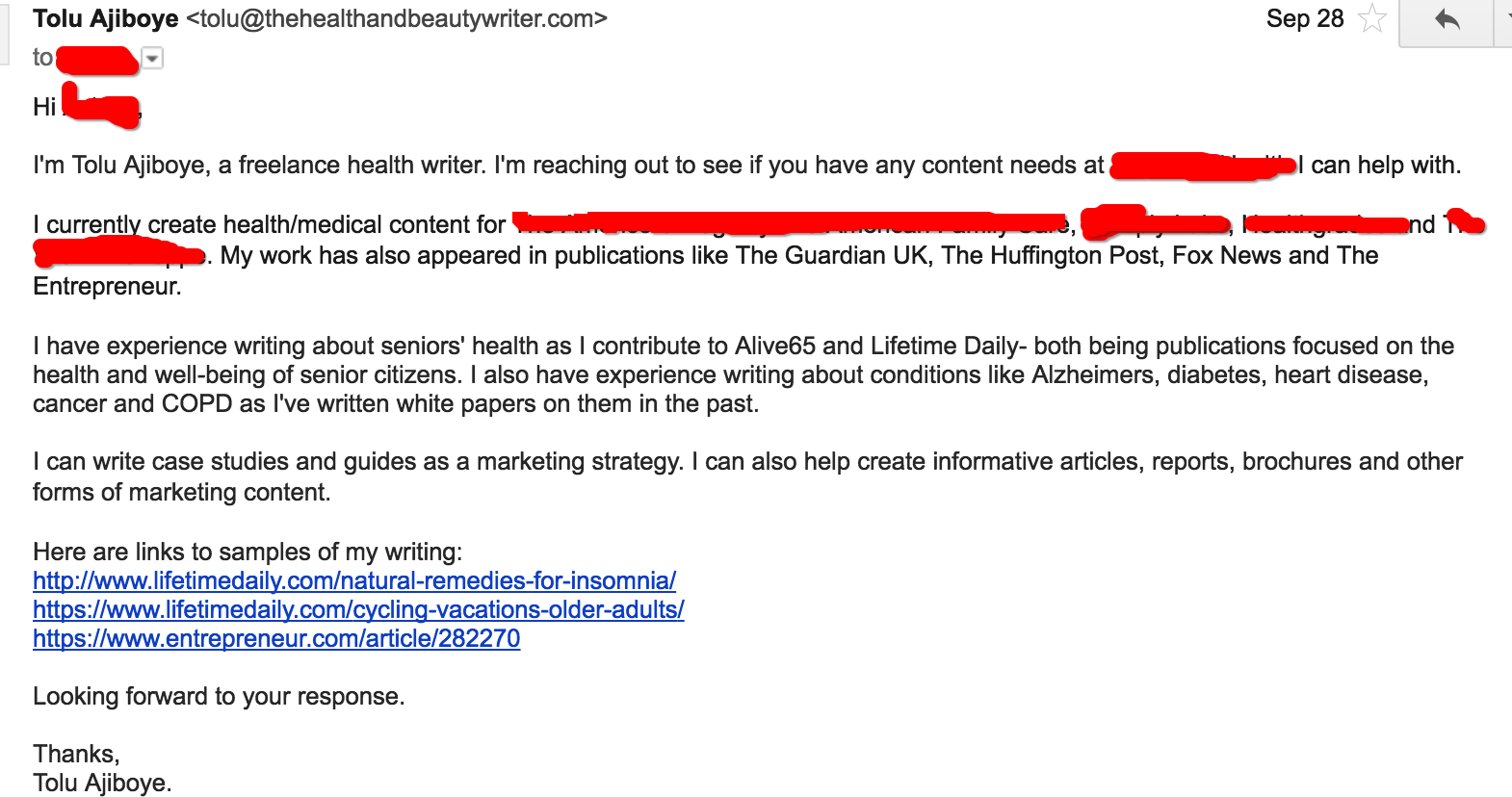 For those on mobile it reads:

I’m Tolu Ajiboye, a freelance health writer. I’m reaching out to see if you have any content needs at [insert company name] I can help with.

I currently create health/medical content for [insert clients’ name]. My work has also appeared in publications like The Guardian UK, The Huffington Post, Fox News and The Entrepreneur.

I can write case studies and guides as a marketing strategy. I can also help create informative articles, reports, brochures and other forms of marketing content.

Here are links to samples of my writing:

Looking forward to your response.

Three days later I had still heard nothing, so I decided to use the 3-7-7 formula for following up.

My Follow-Ups Using the 3-7-7 Formula

I got no reply after the first two follow-ups and sent one final follow-up on the 12th of September.

I waited but still, no response. Most times I wouldn’t think much of it, and just move on. But this time I decided to take a different approach.

The Cold Pitch That Landed The Gig

I decided to pitch the CEO. Why? I just felt like I should; it was a hunch.

I also knew there was a good chance that he’d be concerned with issues like the content strategy of the company because it’s a medium-sized one. And so, I sent the same cold pitch I used initially.

Guess what? I didn’t get a response from the CEO either. At least not directly. He forwarded my mail to the Chief Marketing Officer, asking, “What do you think of this?”. 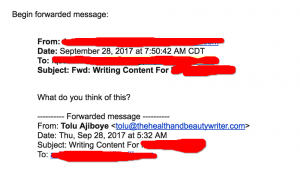 Shortly after that, I got an email from the CMO:

And before I knew it we had arranged a phone call for that exact day. Things moved fast: We had a conversation about their content needs, decided that I would do a fully paid test run article for their blog, and a few days later I submitted that article.

The results? They loved it.

We eventually agreed to a deal of $3500 for ten 800-word ghostwritten articles. The Chief Marketing Officer also agreed to my usual stipulation of 50% upfront.

And just like that, I had a client all thanks to pitching someone else in the company. And to think what would have happened if I didn’t?

Of course, this approach is the exception to the rule. Use it sparingly, with the following in mind:

1) Don’t cold pitch two people at the same time. You’ll most likely be sending the same or very similar emails. If either of them finds out about the other, it may make you seem ‘spammy’.

2) Let some time pass between your pitch and follow-ups with the first person before moving on to the second person. Ideally, a couple of weeks in between. This is to give the first person some leeway for perhaps a late response.

3) Don’t cold pitch more than two people in the same organisation. This is not a hard and fast rule and, to be fair, you can pitch as many as you are comfortable with, but keep in mind that you don’t want to be seen as desperate or annoying. If nothing positive comes after pitching two different people, it’s safe for you to move on.

4) This shouldn’t be something you do all the time, as you may find yourself being unnecessarily fixated on companies needlessly when you could be casting your net wider.

5) Know when to pitch someone on a higher level or lower level than your initial recipient. For huge corporations, there’s a chance that the person you sent the cold pitch to is too busy and will likely not have seen your email or isn’t concerned with the content aspect of the company.

For example, if you pitched the VP of Marketing for a company with over 10,000 employees, chances are he/she may not have responded because it wasn’t directly related to her work.

They’ll likely have a marketing director/content director who’s solely tasked with overseeing content efforts. In that situation, it’s appropriate to send your second pitch to them. For a small to medium-sized company, you may go ahead to pitch the CEO, after you’ve pitched a less senior employee even.

Now, I’d love to hear from you. Have you ever pitched more than one person at the same company? What was your experience?

I’m Tolu Ajiboye, a freelance writer with a passion for all things health, wellness and human welfare. Visit my site: TheHealthandBeautyWriter