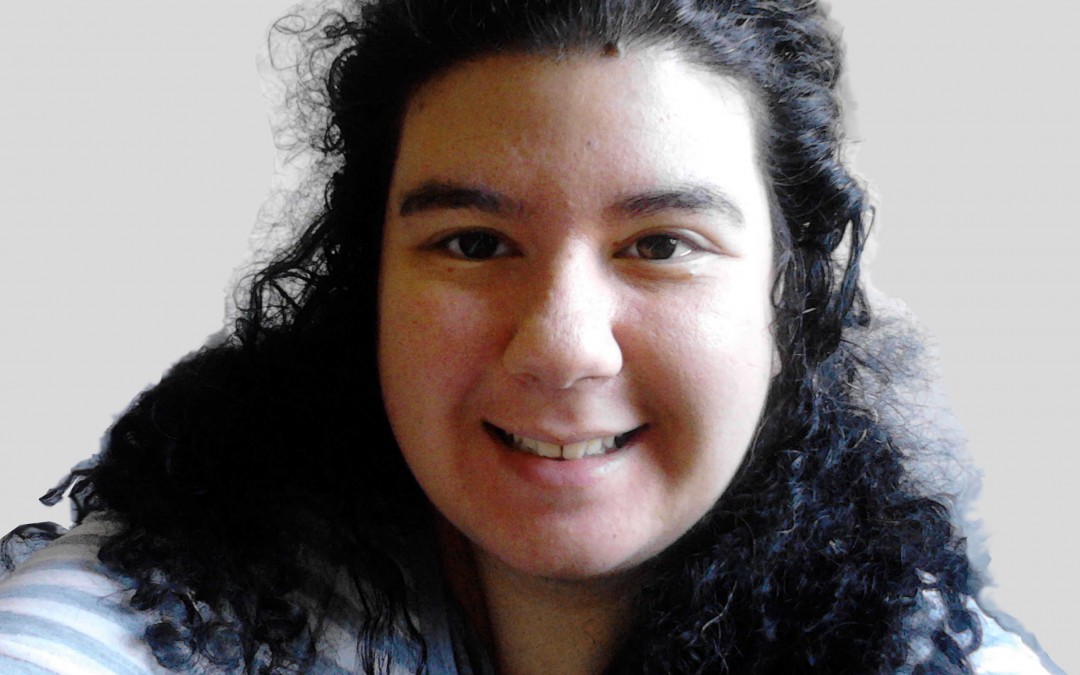 A few months ago, I became aware of Luana Spinetti through her engagement with WriteWorldwide’s posts on Twitter.

Since then, I accidentally stumbled upon two of her blog posts on CoSpot and Envato while I was conducting research for a blog post. Luana Spinetti’s prolific and high-quality work set her apart from the crowd. In fact, we’re so impressed with her work that we recently featured her on WriteWorldwide’s Top 14 Successful Non-Native English Freelance Writers list.

To learn more about her experience, we arranged an interview to discuss her point of view on several questions and ideas that bother most non-native English freelance writers.

Before 2009, I didn’t know what a freelance writer was – I just called myself a blogger. But that year I started reading Carol Tice’s MakeALivingWriting.com and, two years later, in a comment to her blog post, I said I only earned $250 per month, so probably I wasn’t a freelance writer after all.

Carol replied to my comment saying that, if that was what I was earning, then I was a freelance writer.

Her comment was eye-opening and I felt that was the right path for myself, one I had already put myself on and I could only keep walking in that direction.

Until 2010, my activity and gigs were still rather sparse, and most of my income came from writing sponsored posts on my blogs.

It was toward the end of 2010, I think, I told myself I wanted more, and I wanted to grow my career with a more stable pool of clients. I started writing for Bosmol.com in 2011 and for WebHostingSecretRevealed.net (WHSR) in 2012 – and I still write for them.

Due to health ups and downs, I registered my business only in March 2017, so I’m working toward more and bigger changes in my career this year, and bigger income goals.

I remember feeling shy and like a fraud because of my young age (I was in my mid-twenties) – so, competing against writers with more life and work experience on their shoulders – and because I was an ESL (English as a Second Language) writer.

The latter was (and still is) possibly the biggest scare factor – I keep seeing wonderful gigs on ProBlogger’s Job board I would be an awesome fit for… but they only accept native English writers.

It hurts because I feel my competency should be able to speak for itself. I might have fewer idiomatic expressions in my writing basket, and the random grammar mistake can slip out of my fingers if I’m sick or not in the best mental shape, but that happens when I write in my mother tongue, too.

I no longer feel like a fraud due to my age (I’m in my thirties now!) but I still feel shy to apply for a gig or to email an LOI to a company if I feel or read there’s a potential barrier due to my non-native speaker status.

Sometimes I manage to gather up the courage to apply anyway and only mention where I’m located, leaving it up to the reader to decide whether my writing is worth being considered up to the game (whether I’m actually native or not).

Another challenge – one that is stronger now than in the past – is given by my mental and physical health issues. Many deteriorated over the years, especially the consequences of PCOS, then I was recently diagnosed with PSAS and I have to meet a neurologist soon to investigate on my continuous sensory overload issues.

It often only takes a bit of extra stress to throw off the precarious balance I live by.
That means I’m unable to work on tight deadlines, I can’t write several articles per week, I’m often forced to postpone work and even pleasure writing when my brain shuts down. Not being able to stitch two sentences together in speech and in writing is as scary as it sounds. But what can I do?

It’s hard to find high paying clients when there’s only so much you can guarantee and your reliability is a swing despite your honest effort. I keep looking. Someone out there pays well and can afford a writer like me, I know it.

My current clients also do their best for me, and they’ve shown me a lot of humanity over the years and months we worked together.

I feel every writer should do whatever feels more comfortable for them. If using a pen name helps, then why not? I’m sure everybody knows James Chartrand from MenWithPens.ca is a woman, yet that’s her chosen pen name. Here she tells the whole story of why she went with a male pen name.

I don’t want to use a pen name. I have a virtual alter ego out there to feel safe while I talk about sensitive topics on social networks and communities, but when I work, when I create art and writing, I want everybody to see who I am in real life.

Being an ESL writer is no shame, nor it makes me a less capable writer than a native speaker. It only means I take responsibility for taking up projects I have language skills for.

So it’s only a matter of being honest: if you’re still learning the language, wait to master it at working proficiency level before you offer writing services. Once you’re at that level, go for it!

You’re not a less capable writer in a language because you speak it as a second language.

You are as much of a valuable writer as a native speaking writer, and you deserve to be paid professional rates and be treated with the same respect as any other writer.

7. What one piece of advice do you wish someone had given you at the start of your career?

That I didn’t have to settle for low rates just because I was starting out and I was an ESL writer. Both factors have nothing to do with being a good writer who brings good results to her clients.

Carol Tice, Ed Gandia, Jeff Goins, Bamidele Onibalusi, Jerry Low (my client at WHSR), Neil Patel and many others. Seriously, this list might get a tad too long! 😀

Know how much stress you can handle.

Then, hack your productivity on the basis of those boundaries.

For me, that means writing a bit of a client’s article on a day off if I feel the “muse” pushing me to do it, or working early in the morning or late in the night if that’s the only time I feel calm and focused.

That also means recording the draft of my article vocally on my phone if anxiety and the other syndromes I suffer from making it impossible to write.

As Neil Patel once told me in a comment exchange on his blog, it takes a calm mind to write quickly and smoothly, and as you learn more about yourself and how you function, you can find your own “productivity spots” in the day and produce great work in that time frame.

I know this sounds like obvious advice, and I know it’s easier said than done, especially if you deal with mental health issues or you come from a stressful environment, but it’s vital to your career.

You have no idea how much a low self-esteem and poor self-worth can damage your efforts to make a living writing.
Know that you are precious, as a human being and a writer, and there is no other writer like you.

Try to learn more about yourself every day, and use your unique thoughts, talents and insight into the niche you’ve chosen to carve out your USP (Unique Selling Proposition).

When you do that, you will stand out from the crowd.

Oh, right: charge no less than average industry rates even if you’re just starting out! That sets you as a professional from day one, and it will help boost your self-esteem as you grow as a writer and a person.

Do that even if you hear that little voice in the back of your head saying “I’m not worthy of this much” – yes, you are! Now go out and seek the clients you want to work with.

Wish you a wonderful and long-lasting writing career!