Keep Your Friends Close … Keep Your Homophones Even Closer 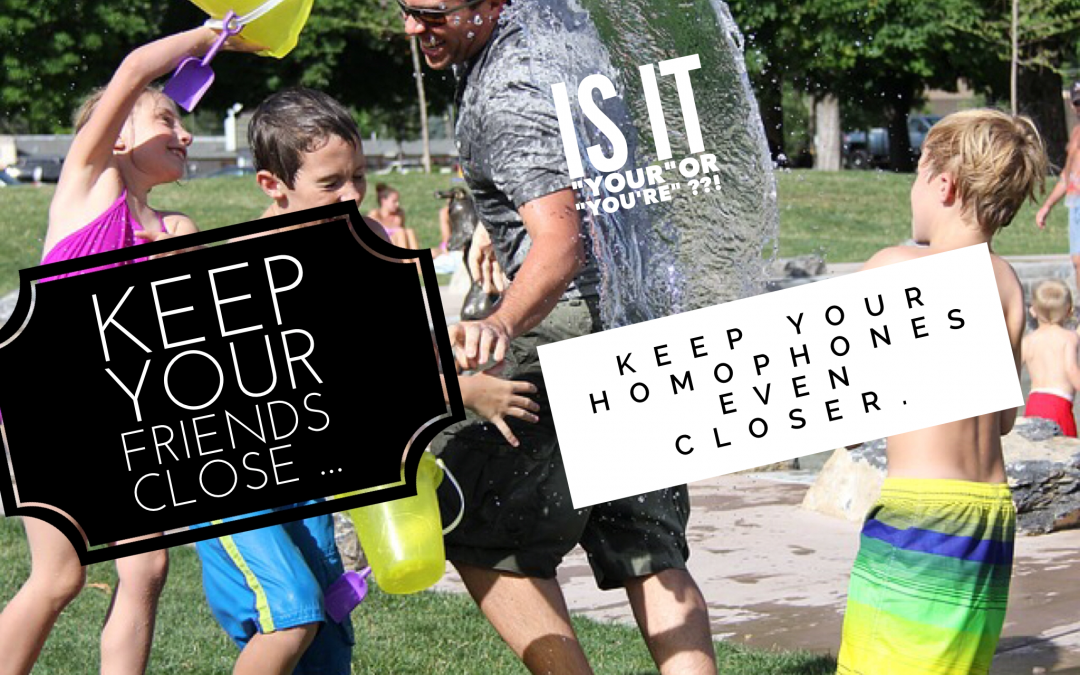 Homophones can wreak havoc with your writing. These days, you can instantly search definitions of words. Without that capability, you might say things like: 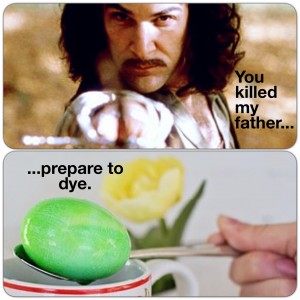 You know you found it. Lyre = a musical instrument, like a harp. What Miracle Max wanted to say was [duh-oh], “Are you a rotten liar!”

How to keep your homophones close

What does Homo mean? Same.

Oh great. As in Cheryl/Sherril/Sheryl. In the case of someone’s name, they will just spell it out for you (perhaps coupled with a choice facial expression depending on how they feel about their parents’ calling them that in the first place).

But when someone is reading your post, NOBODY is going to save you from the embarrassment of making a homophone gaffe.

Teachable moment: What would have been wrong if I had used the same-sounding word ‘gaff’ in the previous sentence? I would have been talking about a barbed spear, for landing large fish rather than what I meant, which was to illustrate a mistake made in a social situation.

What are the easiest ones to confuse? Here are some that everyone agrees upon:

(And clicking on each word will take you to its definition.)

Faze/Phase (as a noun rather than intransitive verb)

And finally, the subject of today’s featured image:

Here are two sites with lists of homophones: First site AND Second site.

Yet, depending on how you pronounce English words (your accent), they don’t all apply! Here’s a site for British-English pronunciation.

Test yourself. Look at the two or three words side by side and see if you can come up with a definition for each one.

If one is unclear, it’s worth looking up its definition and learning the less familiar word well.

This last example is NOT a homophone, however, because a lot of people speak spectacularly fast or don’t enunciate clearly, some people write this out incorrectly:

There is no such thing as “should of”. You hear “should’ve” (a contraction of should and have), but “should of” doesn’t translate into any language. Ban it from your writing!

This sort of fits the rule … loosely. Their names all sound the same: BOND … James Bond. However, like homophones, they look different, would you not agree?

But don’t bother with a dictionary. Speak to their bartender.

Kate Casper is a writer, teacher and copyeditor who would love to help you with your writing. Follow her lead to receive Weekly Writing Tips and inspiration. Polish your writing and marketing skills, and earn money as you grow. KateCasper.com