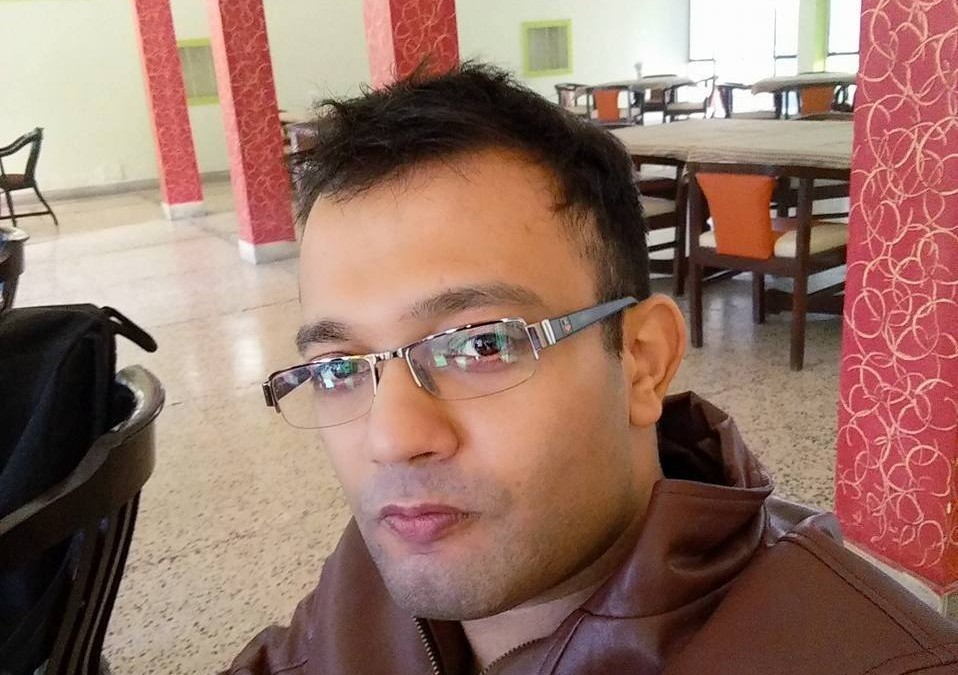 Today on WriteWorldwide we interview Parth Misra, a versatile freelance writer based in India. Parth talks about his experience with moving from working for low-paying content mills to building a full-time and stable writing business.

Parth Misra’s writing has been featured in websites such as Entrepreneur Magazine, The Huffington Post, and Sitepoint. His services and experience hooked the interest of many business owners all around the world.

Read on to learn more about Parth Misra’s success story.

I started my career sometime around 2009. At the time, I was working with an e-commerce company in Bangkok, Thailand, and was looking into creating an online business. Article marketing was quite big back then, and it seemed like a perfect fit since I have always enjoyed writing. I started promoting products from Clickbank by submitting articles with affiliate links in my bio to EzineArticles and a bunch of other article directories.

While I did get some success, it was nothing of the sort that all the gurus had me believe. I learnt the hard way that regardless of the quality I was committing myself to, the 80-20 rule still applied. The majority of my sales would come from 2 or 3 of the 10 articles that I would publish, so most of my work was just going to waste.

I had also subscribed to a few forums for marketers. Quite by chance, I stumbled across some threads on Warrior Forum and Digital Point where people were offering writing services. It seemed like a cool idea, especially since I was already writing articles on a near daily basis.

I put up a thread of on Warrior Forum to test the waters. To kick things off, I offered the first 10 people who would approach me a short blog post for free in exchange for a review on my thread. It was a lot of work for nothing, but it paid off. All of them gave me great reviews, and thankfully, 8 of them ordered more articles, becoming my first clients. I started getting regular queries from that point on. Even so, I treated freelance writing as a part time thing and began to pursue it seriously sometime around 2015, after returning to India.

What were the biggest challenges and barriers you feared would get in your way?

Pricing was probably the biggest hurdle. There was always this fear that I might over or underprice my work. The amount of time that it would take to complete a piece was a huge x factor, too. Some articles would take 20 minutes tops; other, sometimes even shorter ones would take me half a day. It was hard to anticipate how much research an article would require going in. Also, while I was excited to be paid for my work, the rates were pretty low. Even experienced writers on those forums were working at around $15 a page. I wasn’t entirely sure if this could work long term.

Were these different from the actual challenges and barriers you faced, and how did you overcome them?

The time problem continued to be a persisting one, although, sticking to a bunch of industries I had interest in helped me overcome it. As you begin to gain more knowledge, not only do you write faster, but can get to feel the pulse of your chosen industry that gives you a better idea on what to write on.

However, there were other problems that cropped up, too. Starting out, I was pretty optimistic about my chances. The excitement of finally earning doing something that I enjoyed made sure that any challenge seemed like a non-issue. “Bah! Everyone faces these problems and it’s just a matter of time before you’re on top of them,” I would tell myself!

But, as the honeymoon phase of running a business waned off, reality began to set in. The constant grind of churning out articles meant I would burn out pretty quickly. There would be days I would just sit and stare at a blinking cursor and write very little. I was putting in way too much effort into each article to be writing at content mill rates. It became abundantly clear to me that the only way I could make this work was by increasing my prices.

The other issue was marketing. Forums were a good starting point, but the competition was too stiff and nobody wanted to pay more than $10 for a page. I slowly began to reach out to companies on my own. Oftentimes, a client would refer me to their friend which was always great.

While a large part of the problem is having the confidence to ask, doing so at the wrong places can backfire. Internet marketing forums, content mills and job boards, in my opinion, are not good places to look for high paying work. It really is better to reach out to companies directly once you have a portfolio and good reviews.

Also, I cannot emphasize social proof enough. It wasn’t until 2016 when I stumbled across Bamidele Onibalusi’s blog that I became aware of the sheer importance of having a presence on authority sites. Once I included social proof in my outreach efforts, I have had much better success.

What’s your opinion on using a pen name as an ESL writer, and did you ever consider it?

There’s no problem with using one. I wrote under the pen name “John Preston” starting out but decided to go with my own name – Parth Misra – after becoming a full-time writer. Ultimately, it’s your work quality, presence and value proposition that decides how well your pitches will be received, not your name.

What limiting beliefs must ESL writers get rid of in order to achieve success?

That they are somehow disadvantaged in the first place. Good writers from any part of the world stand a fighting chance at scoring those high paying gigs. Again, your background or where you are from doesn’t matter, it’s your ideas and the way you present them that counts.

For instance, an experienced ESL writer who is published in Entrepreneur, Forbes, Fast Company etc with interesting, fresh ideas will have a much better chance of being accepted than a new EFL writer with no presence who just offers his/her writing services.

What one piece of advice do you wish someone had given you at the start of your career?

Get that social proof! The more major publications you have your name on, the more seriously people take you. Don’t just restrict yourself to Forbes and Co either. Your industry will have their own authority sites and these are great places to get published in as well.

Who are your biggest influences and people you admire in the freelance writing industry?

Starting out, I really found Carole Tice’s blog very helpful. Of course, Bamidele’s strategy is what helped me put my best foot forward, so I am very thankful to him for sharing what he knew on both his blog and his Facebook group.

What’s your top tip for increasing productivity as a freelance writer?

I think productivity has many dimensions to it. From ideation to editing, there are plenty of places where a writer can get stuck. But, my top most suggestions would be – stick to industries you either like or have deep knowledge in. Also, keep an eye out for new trends and keep a notebook handy to jot down those sudden revelations wherever possible, you don’t want to lose them!

Finally, it helps if you start out with an outline of your article/page first. Personally, I like to start with an outline that has sub-headings for every section of the article and one or two line descriptions of what I intend to write under them. I send it to my client for approval and flesh it out with content if they agree with it. Doing so helps me stay focused, avoid the dreaded writer’s block and even keep the number of revisions down to a minimum.

What’s the one piece of advice would you give an aspiring freelance writer?

Finally, consistency cannot be overstated here. I remember watching an AWAI video on marketing for copywriters with another writer friend sometime back. One of the instructors (I am forgetting his name) told how he was making a million dollars a year with nothing but cold calling when everyone was telling him that it was the worst way to go about it. His concluding thought was – “the most effective marketing strategy is the one you will most consistently do.” This is so true! I personally have found cold emailing very effective, but others have gotten a great response from blogging, cold calling and even social media, too. So, try out something you enjoy, stick with it and before you know it, you will be lined with more work than you can handle!