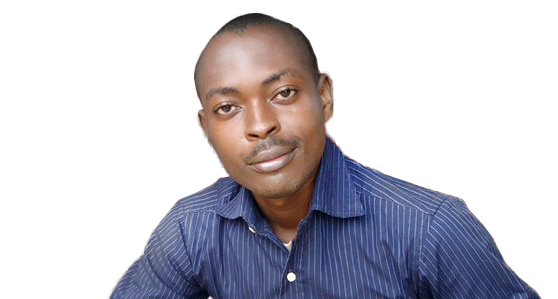 We hope you’re enjoying the articles so far here on WriteWorldwide, and are starting to take action to boost your freelance writing career. Make sure to stay tuned for lots more freelance writing tips and advice over the coming months! Today we’ve got something special for you. An exclusive interview with the successful Nigerian blogger Bamidele Onibalusi. Bamidele is the founder and CEO of Writers in Charge, a fantastic resource that’s been helping writers reach their goals since 2010. More recently, he created the Earn Your First $1000 as a Freelance Writer challenge, which laid out a strategy that’s helped hundreds of writers kickstart their writing careers. We’ve learned a ton from the challenge – and we’re sure many of you have too! Bamidele kindly agreed to let us ask him some questions about writing, success, and his advice for beginner freelance writers. We hope you learn a lot from his answers and take away some useful ideas to grow your own business. Enjoy the interview!

I accidentally became a freelance writer in December 2010. I had been blogging for about a year and hadn’t really made any money online despite having a blog that was read by over 10,000 people monthly. That December, a client reached out to me and offered to pay me $100 per article. He eventually signed a contract with me that helped me make $3,000 monthly with him. That was when I realised that freelance writing could be profitable, and it was when I decided to be a freelance writer.

My biggest barriers were being a Nigerian. A tough area was that of getting paid for my work; PayPal, which is the most recognisable payment option for most people, didn’t support Nigerians. There weren’t a lot of payment options, and it almost got in my way. I was also very young when I started — I was about 17 years old, and I feared that people wouldn’t take me seriously because of my age.

They weren’t very different from the challenges I faced. For the payment issue, I probably lost some clients but I got most to pay me via bank transfer. Eventually, I discovered 2checkout, an alternative that allows clients to pay me via PayPal while depositing the money to my bank account. Being young also turned out to be an advantage; it became an “angle” I used to get a lot of press, which further solidified my authority with clients — I could easily say something like, “Hey, I’m the 17-year-old guy who’s been featured in Forbes, Digital Journal, etc.” — which eventually made me charge my clients much more due to increased perceived value.

Actually, I considered it. However, I knew I was onto something big, so I thought to myself, “What if I eventually get big and CNN decides to do an interview with me, and my pen name positions me as someone living in the U.S. When they later find out I’m an ESL writer living in Nigeria, I’ll suddenly become a pretender and it could result in a credibility-damaging scandal.” Something like that! I eventually decided to go with my real name come what may, and I’m glad I did.

7. What one piece of advice do you wish someone had given you at the start of your career?

To charge a premium for my services. If I had been given this advice earlier on, I’d have achieved a lot more than I have today.

Carol Tice, definitely! Her advice in the early days really helped me realise what I’m worth and charge much more. She also personally encouraged and motivated me — she was very supportive when she came across my story, and she encouraged me with tips and resources. I can’t think of anybody else; I don’t really “follow” many people in the freelance writing industry, but Carol is definitely someone who has made an impact.

My top tip? Think about what you want to achieve, and how the money you earn as a freelance writer will make this easy. When I want to embark on major projects, I usually do 5 – 10 times the work I do in a single month. So if I want to increase productivity, I embark on a major project that requires money and I find motivation to work.

Just take action and start something. Stop reading this interview. Stop doubting yourself. Stop waiting to be perfect. Yes, it will take time and effort, but you’ll only make it if you act. Look for a proven teacher and follow him/her, and do nothing else but take action — don’t doubt, just act.